Within the framework of the PhytoSUDOE project, work was carried out in 2016 on three municipal sites located on the outskirts of the Júndiz industrial estate, called S5A, S5B and S6. The latter site is known as Mendigurentxo. The area, planned as an urban green zone, was degraded by uncontrolled dumping and abandonment, but is currently in the process of recovery to form a large green corridor called Mendebaldea. The soils consisted of anthropic fills of different types and depths, consisting mostly of rocks and clean earth from excavation, on which construction and demolition waste was subsequently deposited, as well as a large number of dumps.

Site S6 was located on land generated by soil and stone fills several metres deep deposited on former agricultural land. This land had no agronomic value as it lacked organic matter and nutrients, and was therefore degraded, uncontaminated soil.

After clearing and superficial cleaning, the land was regularised with machinery, compost was added as an organic amendment and 18 sub-plots were laid out. After these operations, the soil was characterised to determine the initial state and an agroforestry combination was established: plantations of two types of willow together with rape, sunflower and broad bean in a 3-year rotation system, leaving alfalfa without rotation in the fourth year. Part of the trees were mycorrhizated with fungi to improve rooting.

During the PhytoSUDOE project, the soil and the physiological state of the plants were monitored and both plants and soil were found to be in good health.

By incorporating these sites, the Phy2SUDOE project ensures the continuity of these services as well as the dissemination of the results by organising regular educational and demonstrative guided tours. 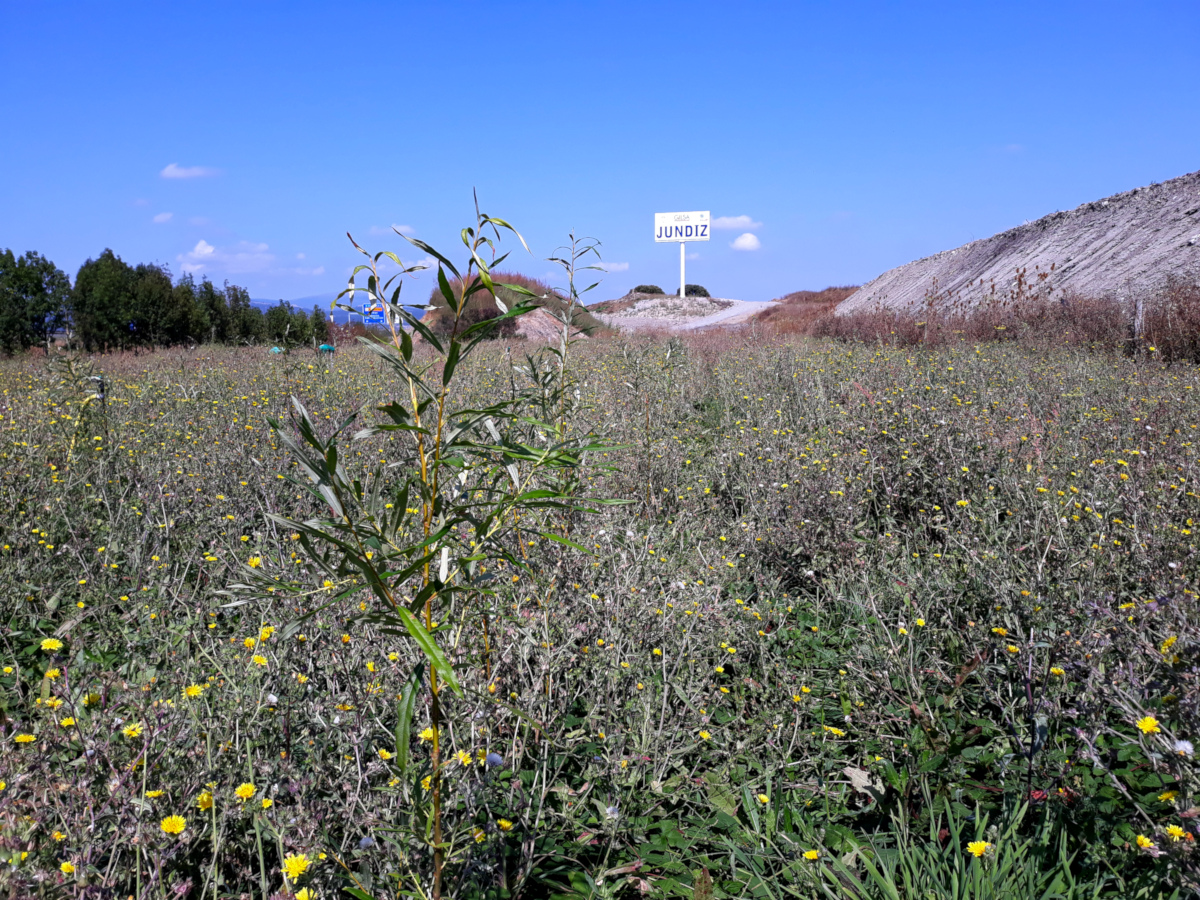