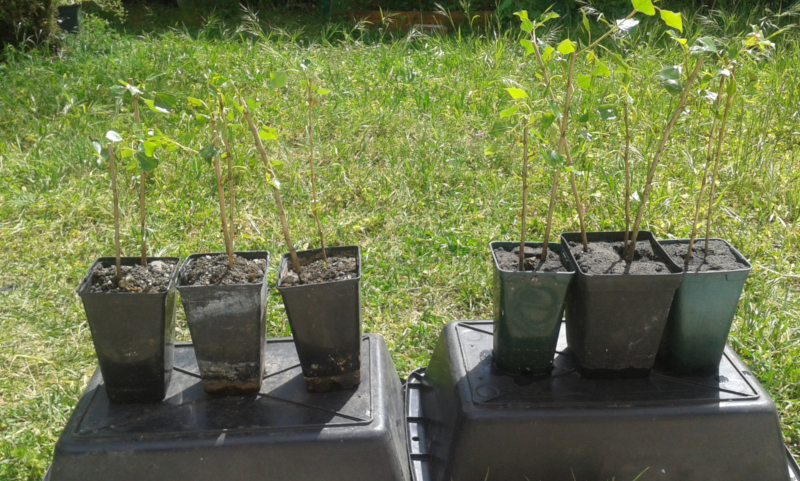 In March 2021, soil was sampled at the Durandeau site (NS1) by HPC-Envirotec in the 0.05 – 0.90 m soil layer under the supervision of the Charente County. This corresponded to the North-East angle of the site, which would display high metal(loid) and TCE (trichloroethylene) concentrations in the soil. In April-May 2021, a phytotoxicity test on a 3-week growth period was carried out by INRAE (BIOGECO) with potted soils, radish and dwarf beans. Accordingly, this sampled soil displayed a low phytotoxicity.

Besides, poplar cuttings (Populus nigra L., Cu-tolerant population) were sampled in March at the St Médard d’Eyrans site (S1) by INRAE to prepare rooted poplar plants and to cultivate them thereafter in this Durandeau soil. In May, rooted cuttings were transplanted in both an uncontaminated control soil and the Durandeau soil (in triplicate). The purpose is to assess the potential phytomanagement of this contaminated soil, poplars having the potential ability to dissipate TCE, to phytoextract Zn and Cd, to phytostabilize other metals (Cu, Pb), and to stimulate the microbial biodegradation of organic soil contaminants.