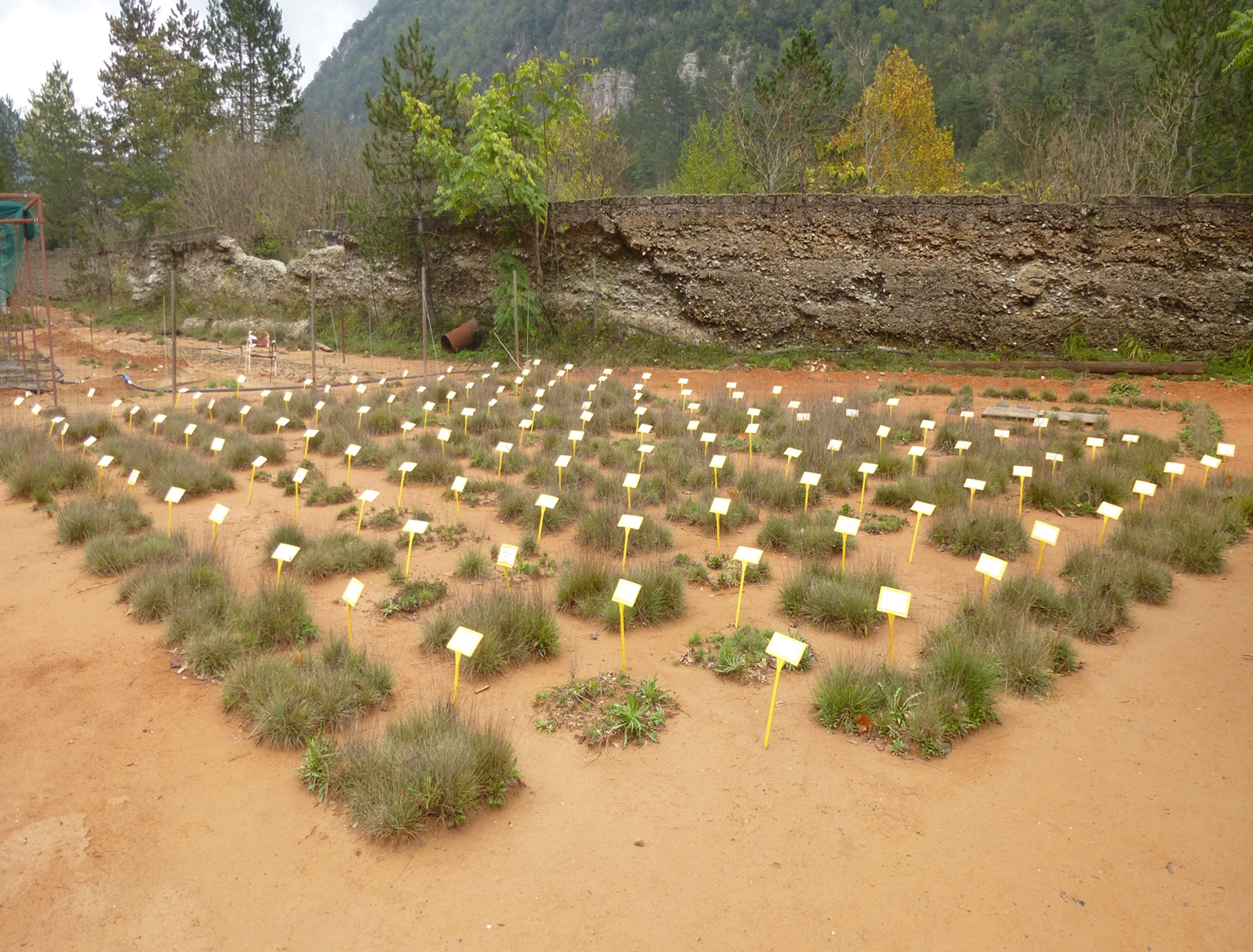 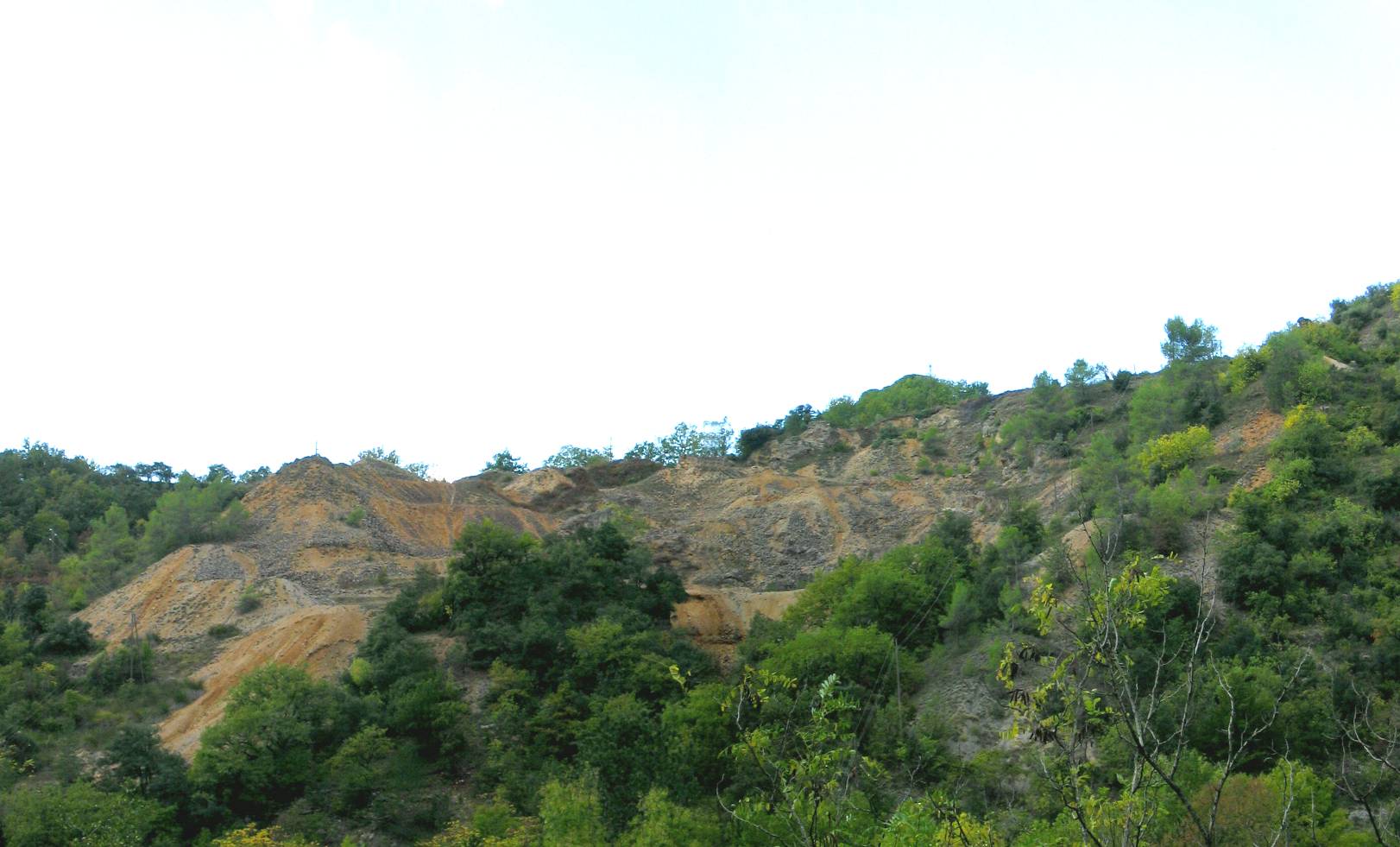 The Avinières site is located in the Malines mining district in the Saint-Laurent-le-Minier region (Gard). This district is the largest lead and zinc mining basin in France.

The site has been subdivided into several zones with high metal concentrations. There are two areas with little or no vegetation: the slag heap on the hillside, where the old mining galleries can still be seen, and, at the bottom of the valley, the ore processing workshops and the old mining ponds on the left bank of the Vis. Both areas have a desert-like appearance due to the almost total absence of vegetation, and are extremely polluted with mining waste very rich in Zn, Cd and Pb. The heavy metal content in the former mining area is very high.

The risk of contamination of humans by ingestion or direct contact is very high. Wind erosion brings metal-laden dust into houses. During the rainy season, when small puddles are created, contaminants can pass from water to wild animals (deer, foxes, small mammals, amphibians, reptiles,…) by ingestion of grass or run-off water. It is also possible that pollutants migrate into water through runoff/sedimentation.

ADEME has been mandated to carry out safety work at the former mine. The objectives are as follows:

In this context, some pilot tests have already been carried out with the following treatments: 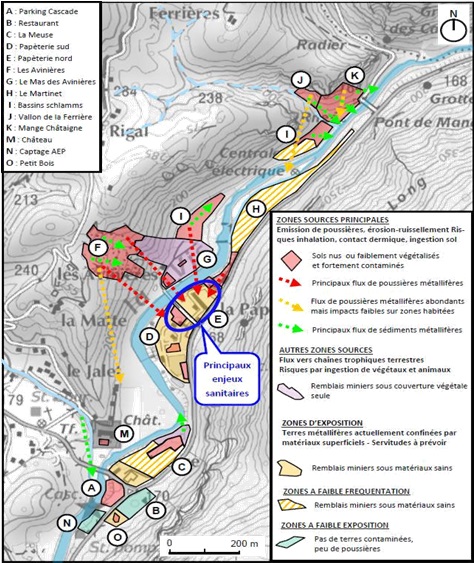 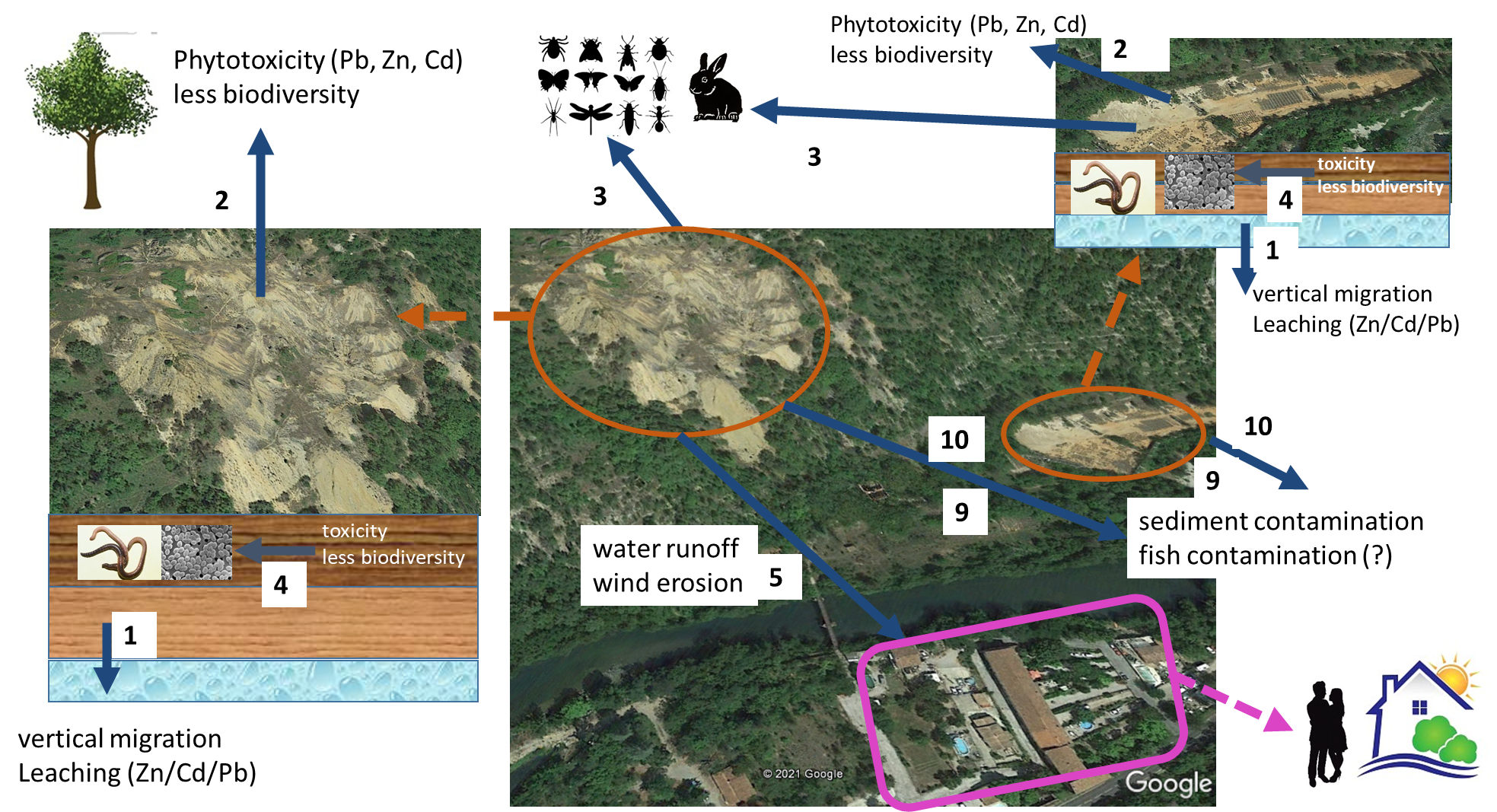