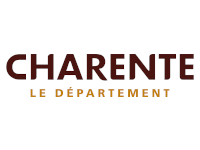 Charente is a department in western France, north half of the Nouvelle-Aquitaine region. It is named after the Charente River, the most important river in the department, and also the river beside which the department’s two largest towns, Angoulême and Cognac, are sited.

Since 2004, the Department of Charente has been the owner of an industrial plant operated by SAFT until 1984 for the production of batteries and electric accumulators, which has since been abandoned. Several studies report contamination of the soil and groundwater tables by hydrocarbons and solvents, including trichloroethylene, a carcinogen classified 1B by the European Union. Field investigations conducted in 2017 revealed several contaminants, which led to the adoption of a municipal regulation banning the use of wells in 2018 and the consumption of chicken eggs in self-production in 2019. Within the Phy2SUDOE project, the Department could benefit from phytotechnologies and phyto-management based on natural processes whose methodologies will be tested during the project.

Role in the project